African-American hair is a term that describes textured hair that is Afro-based. This type of hair is prone to breakage and is often kinky, coarse, and coiled. These characteristics are common characteristics of Black hair, which plays an important role in the politics and identity of Black culture. 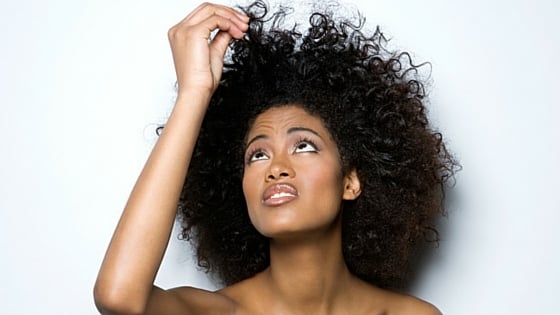 Black hair is prone to breakage

Hair breakage is a common problem among patients with Afro-textured hair. Due to the tight curls and twists that are characteristic of Afro-textured hair, it can be difficult to comb it, resulting in more internal stresses and breakage. This phenomenon can also be attributed to the distribution of cuticle structures in the Hair. However, the exact reason for this is still not clear. Regardless of the reasons, it is important to take care of the hair properly in order to reduce the risk of breakage.

If you have black Hair, you have to be especially careful in styling it. It is weaker than other hair types, and common styling tools like blow dryers and straightening irons can break it. Moreover, black hair has a lower moisture content, making it particularly prone to breakage. Therefore, it is important to use gentle styling techniques and products.

The kinky hair of African Americans is a symbol of rebellion against white American beauty standards and can symbolize individuality. In the 1960s, it became synonymous with Black Pride & Beauty and a way to assert self-love within the black community. The kinks were also a focal point in the burgeoning Black Power Movement. Kinky Hair was a way for black people to express their desires and aspirations while integrating into the American political system. It also symbolized the idea that African-Americans had the right to self-determination and the ability to fight for justice.

The kinkiness of African-American hair is a natural feature that is characteristic of some African populations. This texture can range from smooth and silky to dry and brittle. It is often described as afro textured. Despite its natural look, afro Hairstyles have become increasingly popular among women.

Kinky African hair is the result of a combination of genetics, climate, and other factors. The black hair of African Americans tends to be coarser and kinkier than hair from other races. This is due to the higher proportion of keratin in Afro hair. The hair’s melanophore produces the black pigment melanin. The more pigment the melanophore produces in a given period of time, the darker the hair will be.

Hair from African American people is usually coarse and curly. This type of hair can provide more coverage than straight hair and requires fewer grafts. This type of hair can also be transplanted using FUE or MDEE strip harvesting methods. When choosing an African American hair transplant specialist, you should also consider their technique. While straight hair can be transplanted easily, curly hair needs special attention and angle placement. Your surgeon should match the hair’s natural angle, which will vary by location. This will ensure that your hair is easy to comb and style after the transplant.

Although hair in African American communities tends to be tightly coiled, this characteristic is not unique. Other ethnic groups also have hair that is tightly coiled, but this trait is rarer. It is actually a genetic trait known as Woolly Hair Syndrome and is not a product of racial mixing.

The first step to creating a nice coil is to section your hair. Using clips, create sections that are at least four inches in length. The sections do not have to be uniform, but they should be close together. Once you’ve done this, begin coiling at the section closest to the nape of your neck. This way, you won’t disrupt your hair during the coiling process.

Hair texture is another important factor in hair texture. In general, most people with biracial heritage have straight, wavy, and curly hair. These characteristics can result in an array of curl patterns, and researchers do not know which genes cause the variation in behavior. Nonetheless, knowing your own hair texture can help you make informed decisions about care products and techniques.

The process of coiling your hair has many benefits. It can help you create a more stylish and comfortable Hairstyle. The coiled hair is more manageable, and you can use styling products as you see fit. Your re-coils should be three or four times before you style it.

If you’re not comfortable with using heat to straighten your hair, consider using heat-protective oils. These oils will protect the tightly coiled strands and minimize the chances of breaking them. This method is also safer than using chemicals to straighten your hair. The hair follicles in African people are oval-shaped and therefore have a higher probability of tight curls.

If you have this type of hair, you should limit the use of heated styling products and chemical treatments. Try to use heat-protection products whenever possible. Your hair needs moisture to keep its shape. In addition, African American hair tends to be more prone to breakage.