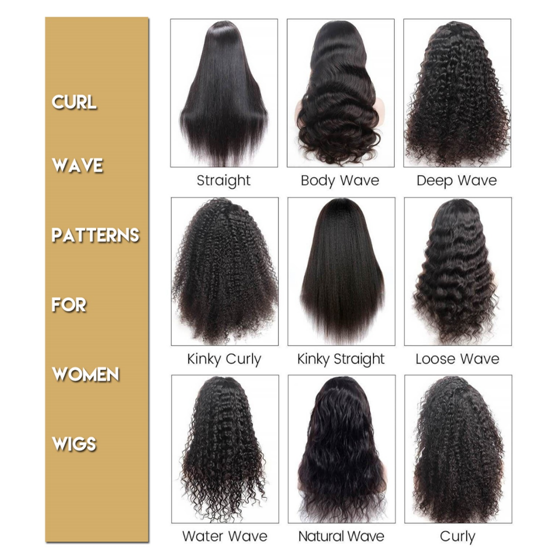 In addition to straight hair, body waves is the most popular curl for women when wearing wigs. The S curl pattern of body waves looks voluminous and attractive, exuding youthfulness. If you want to switch freely between straight and wavy hair, body wave wigs are the ideal choice.

Deep waves have less curvature than body waves and look very neat and delicate, giving a romantic look that is more suitable with delicate clothes. If you comb deep waves away, it will look fluffy and give the appearance of a lot of hair volume.

Water waves are also a popular trend. The curls are positioned in a way that they are facing opposite to one other, which helps single out each curl. Water waves give the wig super defined curls with an almost wet look. They’re also great for volume as well so, if you want that fuller look water waves are a good option.

Deep curls are tighter than deep wavy curls and they look very cool and natural. Deep curls add a lot of body to your hair and create a funky curly look that is everything but boring. Add deep curls if you have naturally curly hair but not enough length and thickness, or if your curls are damaged and hard to set.

Believe or not, people say that the samller the curls are, the younger you will look. But the samller the curls are, the more difficullty to maintain the hair in daily use.Straight hair and body wave hair are the most safe ones for everybody. The best way to figure your own ideal curl patterns for wigs is to try them by yourself because of different face shapes and complexions and other features. 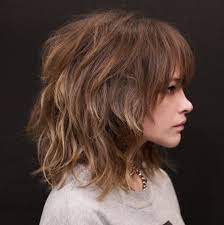 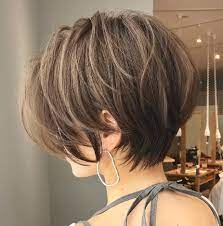